I've Been Busy, I Swear!

You might have gathered that I've been too busy for my blog.  Since my last post, I've been learning how to be a dad and a game developer at the same time.  Both jobs are tough, but rewarding.  The project that I took on post CS:GO was finally announced recently, and closed alpha has begun for it.  If you are interested in that sort of thing I would suggest visiting www.chromagame.com for more info.

In other gaming news, I ended up buying the PS4 instead of the Xbone based on the fact that I didn't want to spend another 100 dollars for a camera I didn't want nor need, and the fact that Sony just seemed more game centric than Microsoft seemed to be.  So far, it's looking like I made the right choice seeing as the adoption rate has been stronger and perplexingly it seems like the xbox one just can't seem to hit that 1080p mark.

Really what it does come down to is integrated streaming and the fact that Sony had the foresight to have it at launch.  I think streaming is the defining feature of this generation of gaming, and I've even gone through some great lengths to make sure my internet was up to par in the past few months so I could regularly stream myself.

Streaming has been a long standing interest for me, but my current house happens to be out in the middle of nowhere and consistent fast internet is hard to come by.  Regardless of all of that, I've found a solution and I try to stream as often as I am muster between my job, being a dad and being a husband.

It's been a new and rewarding experience for the most part because streaming can turn any game into a participatory gaming event, very much like the MMOs that I prefer to play in general.

If you ever want to check my streaming page out go to http://www.twitch.tv/devgamer and follow me there.
Posted by Steve Kramer (a.k.a. Saavedra) at Thursday, February 27, 2014 No comments:

While I've pretty much destroyed any hopes for an audience here through lack of updates, I still like to post here from time to time.  This is the one place where I can just talk about games or my work without annoying my friends and family.

It was a crazy year for me at work.  At the end of 2011 we had just released the beta for CSGO to the public, but it was a very limited release.  After the new year, people steadily were added and things got more and more intense.

The beta was intense.  I've worked on a slew of games, and I've done the public beta process before, so I knew what to expect.  Some people love what you are doing, some people are apprehensive and some don't like what you are doing.  It made for very interesting work, and I learned a lot through it all.  I've been making games for around 19 years now and I still have things to learn.

Through it all, I made some friends, and met a bunch of really interesting people over the internet and in person.

Anyways, super proud, it was a high point in my career.

This is turning into a designer post isn't it?

Anyways, I went to PAX again this year, but I didn't have to work in a booth this time around.  I played some CSGO with some players with other members of my team, and it was really fun.  I recorded some kind of promo for intel processors, that I only just saw the final cut of a few weeks ago.  I was mortified to be in it in a way, but the partners who run HPE seemed pleased with the results.  At PAX I also go to watch a few tournament matches for CSGO and I watched a good portion of the Dota "International" tournament.

PAX is pretty cool all the way around in my book.  In a bunch of ways, its run how I think E3 should be run, but it can get a bit chaotic too, so there are tradeoffs there.  Its great to make new friends and be around gamers in their element though.  I think a lot of game developers forget who they are making these games for.   I hope I never get that way.

I take pride in the fact that I play the games I work on and I also try to expand my gaming horizons.

I cut my Moba teeth on LoL for example last year, but I've graduated to playing Dota2 which I think is a more refined and nuanced experience.  I'll probably get into that in another post sometime, I just think its the harder game to get good at, so it's where I'm throwing my hat in.

In other gaming news, I'm happy to say that I really like the WiiU.  I think its a much improved iteration on the Wii console, even if it's not a mind blowing improvement in hardware capability considering how many years have passed between the game systems.  I do like some of the gameplay elements that use the controller based screen, and it does add to it in some cases.  What I really love is the fact the system runs in 1080p.  My biggest gripe about the Wii was the fact it couldnt even muster 720p while its competitors were handling it easily.

So what have I been up to since CSGO wrapped up for me?  I've been working on new stuff that I can't talk about yet, but am very excited for.  It makes going to work every day extremely interesting, and it's a unique challenge to say the least.

One last thing, as I need to wrap this up... I also took part in a new design experiment that I'm very proud of.  I'm a Dad now!  I'm not sure how many glitches we will have with this prototype girl design, but I am hopeful it will be fun figuring it out!

I'll close this out with some random pictures from the year. 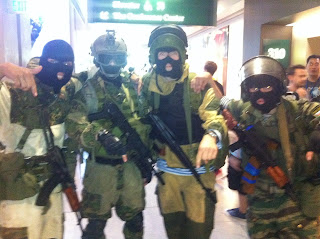 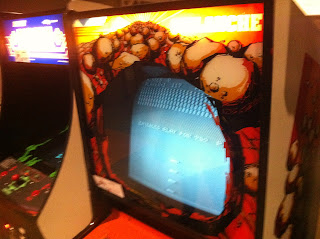 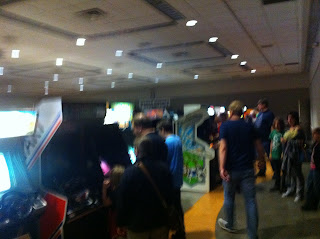 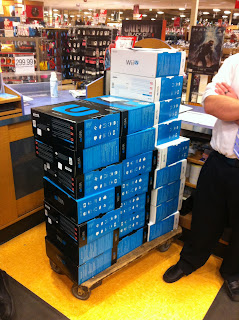 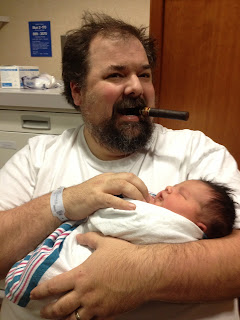 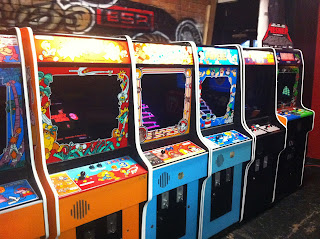 As you probably know if you read this regularly, I'm a game designer over at Hidden Path Entertainment.  We have a great opportunity for anyone who is interested in a Defense Grid sequel to get in the ground floor and be part of making our next hit game!

I hear blogs are more interesting with pictures.  I should include more screenshots or pictures 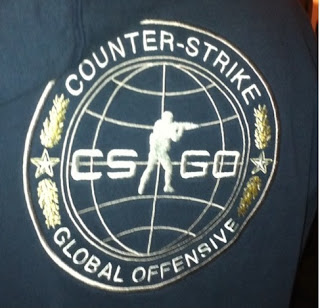 Here is what the back of my CSGO hoodie looks like
Posted by Steve Kramer (a.k.a. Saavedra) at Monday, July 02, 2012 4 comments: